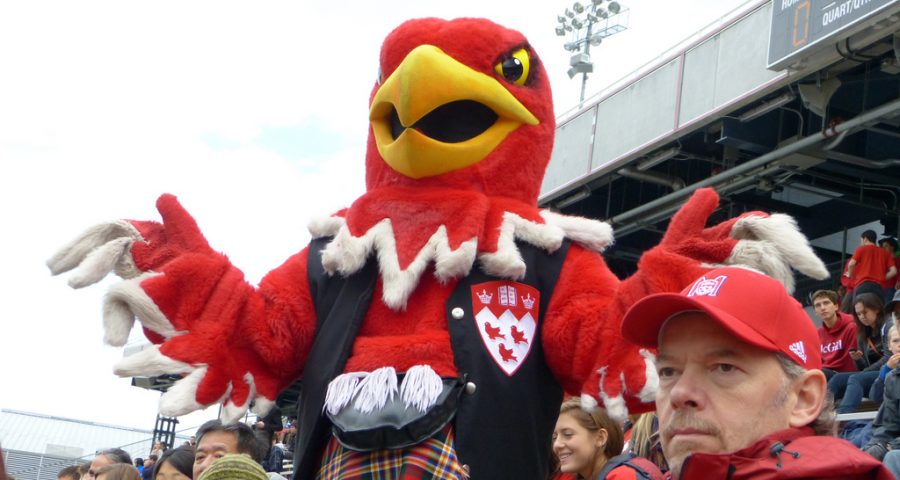 Beginning in 1951, McGill’s intermediate athletics teams in football and basketball started being referred to as the “McGill Indians.” In the 1960s, the men’s hockey team adopted the same name while the women’s team was referred to the “Squaws,” a slur referring to a hyper-sexualize caricature of Indigenous women. This use of anti-Indigenous slurs as sports teams names and mascots was largely abandoned by the mid-1970s. However, the current mascot “McGill Redman” is also seen by some as a reference to these archetypes for Indigenous people.