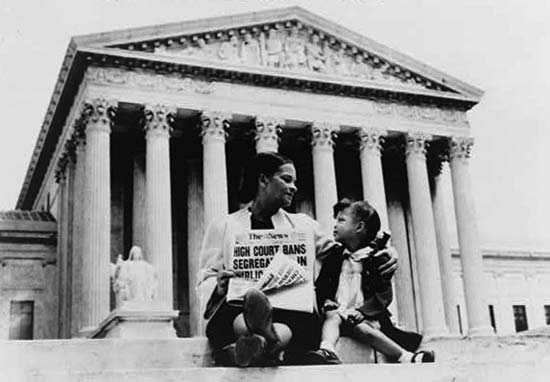 Brown v Board of Education was the landmark Supreme Court case for school desegregation in the United States. McGill professor Otto Klineberg’s research into the intelligence scores of Black students was crucial to the case’s victory. Klineberg found that students in cash-poor Southern Black schools averaged lower scores than Southern whites and Northern Blacks and whites. However, when these same students were moved to integrated and higher quality schools in the North, their scores eventually equaled those of Northern-born Black students. The scores also nearly equaled those of white students, with the discrepancy attributable to social and economic difference. Klineberg’s research suggests that there is no biological basis for racial superiority and as such Black and white students should have academic equal opportunities.